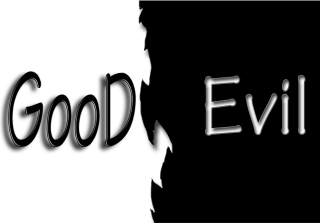 “I will put contempt between you and the woman, between your offspring and hers. They will strike your head, but you will strike at their heels.”” (Genesis 3:15, CEB).

The Apostle Paul associates the serpent in Genesis 3 with a personified devil: “But I’m afraid that your minds might be seduced in the same way as the snake deceived Eve with his devious tricks. You might be unable to focus completely on a genuine and innocent commitment to Christ” (2 Corinthians 11:3, CEB).

The Apostle John clearly delineates the Tempter in the Garden of Eden as Satan or the devil: “So the great dragon was thrown down. The old snake, who is called the devil and Satan, the deceiver of the whole world, was thrown down to the earth; and his angels were thrown down with him” (Revelation 12:9, CEB). The word “old” here refers to the fact that Satan’s appearance on Earth was at an early stage of the world’s history and has long been occupied with the task of deceiving and opposing God’s elect.

END_OF_DOCUMENT_TOKEN_TO_BE_REPLACED 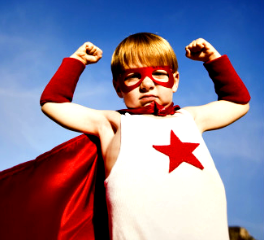 “Be strong and courageous! Do not tremble or be dismayed, for the Lord your God is with you wherever you go!” (Joshua 1:9, NASB).

After Moses died, God commissioned Joshua to take leadership and military command over Israel and lead Israel into the promised land. But there were many evil and unfriendly people inhabiting the land that God promised to Israel. So, God assured Joshua of success in conquering the land for Israel because He would be with Joshua wherever he went.

It’s almost like God was giving Joshua a pep talk before the battle started because three times in this passage God tells Joshua to “be strong and courageous” (vs. 6, 7, 9). And then God’s admonition to Joshua is repeated by the officers of Israel’s army to reinforce God’s command (vs. 18).

END_OF_DOCUMENT_TOKEN_TO_BE_REPLACED 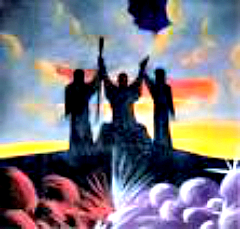 “Joshua did as Moses had told him, and fought against Amalek, while Moses, Aaron, and Hur went up to the top of the hill. While Moses held up his hand, Israel prevailed, but whenever he put his hand down, Amalek prevailed. When Moses’ hands grew heavy, they took a stone and put it under him, and he sat down on it. Then Aaron and Hur supported his hands, one on one side and one on the other so that his hands remained steady until the sun went down. So Joshua defeated Amalek and his army with the sword…. And Moses built an altar and named it, ‘The Lord Is My Banner.’ He said, ‘Indeed, my hand is lifted up toward the Lord’s throne.'”  (Exodus 17:10-16, HCSB).

The Amalekites were probably a nomadic people who resided in the area of the Negev on the northern part of the Sinai peninsula and came down to the southern part of Sinai to attack the Israelites. The attack of the Amalekites was particularly offensive because they attacked the weakest Israelites, the stragglers who were at the rear (Deuteronomy 25:17-18).