“For where your treasure is, there your heart will be also” (Matthew 6:21, NIV).

In this one concise statement Jesus reveals a fundamental attribute of human behavior: People do what’s important to them!

In other words, your priorities dictate your behavior.

Your life in this world is not so much a matter of what you get out of it as what you put into it.

All of us have plans for the future and goals we want to achieve in life. These could be plans for success in your career, a six or seven figure salary, a new home or maybe an exotic vacation.

END_OF_DOCUMENT_TOKEN_TO_BE_REPLACED

“‘Now get up! Go out and encourage your soldiers, for I swear by the Lord that if you don’t go out, not a man will remain with you tonight. This will be worse for you than all the trouble that has come to you from your youth until now!’ So the king got up and sat in the gate, and all the people were told: ‘Look, the king is sitting in the gate.’ Then they all came into the king’s presence” (2 Samuel 19:7-8, HCSB).

Sometimes we let our own personal problems and feelings overshadow what God is doing all around us. Such is the case with King David upon hearing of the death of his son and heir apparent, Absalom.

David’s army of Judah had just defeated an army of the other tribes of Israel in a civil war that Absalom led against David. David’s army prevailed and Absalom was killed in the fighting. When David heard the news of the victory and of Absalom’s death, he immediately went into mourning for his son: “So the victory that day was turned into mourning for all the people, for the people heard that day, ‘The king is grieving for his son.’” (vs. 2).

David let his own grief overcome not just his kingly responsibilities but even his gratitude to God for saving the nation.

END_OF_DOCUMENT_TOKEN_TO_BE_REPLACED

At the beginning of 1 Samuel 14, Jonathan, King Saul’s son, and his attendant attacked a Philistine garrison. Meanwhile, Saul remained encamped on the other side of the pass with about 600 Israelite troops. In that assault Jonathan and his attendant killed about twenty Philistine soldiers.

Saul started to inquire of the Lord about what was happening in the Philistine camp by conferring with the priests who carried the ark of God. Deciding he might lose the opportunity to rout the Philistines, Saul gathered his troops and attacked and “struck down the Philistines that day from Michmash all the way to Aijalon” (vs. 31), a distance of about 15 miles.

Saul decided to renew the battle the next day and he again inquired of God whether he should go after the Philistines or not. “But God did not answer him that day” (vs 37). From Saul’s distorted theological perspective he was convinced that sin was present in the camp that was preventing the divine assistance.

It turns out the supposed sin was Jonathan’s disobedience to a direct order by King Saul that Jonathan had, in fact, not even heard Saul issue because he was single-handedly attacking the Philistine garrison.

Saul determined that Jonathan must be executed for disobeying his orders, but the Israelite troops interceded in Jonathan’s behalf and Saul relented from executing his son (vs. 44-45).

So why does God seem to favor Jonathan’s impulsive decision to attack the Philistines and not favor Saul’s contemplative actions when he stops to inquire of the Lord before attacking the Philistines?

END_OF_DOCUMENT_TOKEN_TO_BE_REPLACED

And, could you take it all in at once? Perhaps you would focus on a few aspects of the scene that stand out to you the most.

That’s what happened to the prophet Ezekiel when he got a glimpse of what God was doing. His description is rather perplexing. It almost seems like he’s describing a UFO sighting or a scene from a Star Wars movie with ancient terminology!

Ezekiel saw something that looked like a tornado or whirlwind moving closer to him. As the storm moved closer he was able to observe more precise details and features of what he saw.

END_OF_DOCUMENT_TOKEN_TO_BE_REPLACED 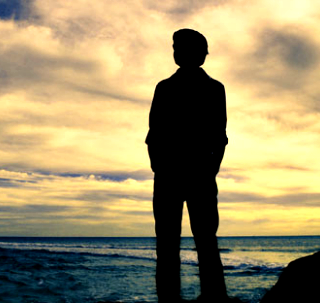 Recently, I’ve been reading Simon Sinek’s book, Start With Why. The premise of the book is that successful leaders influence loyalty to a product, movement or idea because they communicate why their organizations exist. According to Sinek, knowing your why is more important than  knowing what you do or how you do it. And, knowing your why will help you know what to do and how to do it.

So, apply this on a personal level. What’s your why? Why do you exist? Why do you do what you do?

In a conversation in John 12 that Jesus had with some of His disciples concerning His impending death, He seemed to be very aware of His Why. He knew exactly why He existed and why He did what He did.

END_OF_DOCUMENT_TOKEN_TO_BE_REPLACED 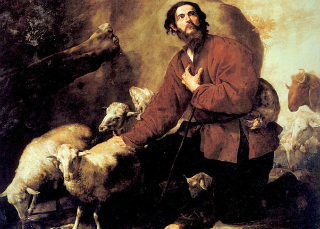 Simply stated, providence is God’s intervention in His creation. The theological concept of providence incorporates the foreseeing care and guidance of God. In fact, the Latin root of the English word has the sense of  knowledge of the future.

So, because God knows the future, He controls the present.

Providence is probably the main point in which a biblical worldview comes into conflict with contemporary worldviews. Certainly, the Old Testament worldview was more respective of God’s providence than is the modern, scientific view that asks “Why” and “How” about every occurrence in life and nature.

The two major events from the life of Jacob described in Genesis 30 illustrate the Old Testament perspective of providence.

END_OF_DOCUMENT_TOKEN_TO_BE_REPLACED

“So, brothers and sisters, because of God’s mercies, I encourage you to present your bodies as a living sacrifice that is holy and pleasing to God. This is your appropriate priestly service. Don’t be conformed to the patterns of this world, but be transformed by the renewing of your minds so that you can figure out what God’s will is—what is good and pleasing and mature.” (Romans 12:1-2, CEB).

This meditation is a hands-on lesson in how God works in our lives. Give it a try.

Here’s the point of this exercise:

We like to think of God’s will as something that is being revealed a little at a time. It’s like something we discover as if it is unfolding before us.

Actually, finding God’s will is more like folding than unfolding. It’s more like the displacement of our own will in favor of God’s will. It’s a place God leads us, not a place we discover.

END_OF_DOCUMENT_TOKEN_TO_BE_REPLACED

The Lord told Haggai to encourage the people to get to work to rebuild the Temple. God encouraged them to get started and reminded them that they were able to do it because He was with them.  God reminded them in both chapters of this two-chapter Old Testament book.

Now, God is with us by the indwelling presence of the Holy Spirit. And He has an assignment for each of us that accomplishes His purposes.  So, we should be bold and get to work doing His will because “I am with you, says the Lord!”

Here’s the problem: Instead of being bold, we are reticent about doing God’s will. We hesitate because we don’t know what His assignment is for us.

END_OF_DOCUMENT_TOKEN_TO_BE_REPLACED

“So, brothers and sisters, because of God’s mercies, I encourage you to present your bodies as a living sacrifice that is holy and pleasing to God. This is your appropriate priestly service. Don’t be conformed to the patterns of this world, but be transformed by the renewing of your minds so that you can figure out what God’s will is—what is good and pleasing and mature” (Romans 12:1-2, CEB).

In this life the only right you truly possess is your right to your self–that is, your will. Your will is the the unique quality of self or being that God has created to make you distinctively human: “The Lord God said, ‘The human being has now become like one of us, knowing good and evil'” (Genesis 3:22, CEB).

In other words, human beings have free will. And, they are free to use their wills to choose good or evil.

END_OF_DOCUMENT_TOKEN_TO_BE_REPLACED 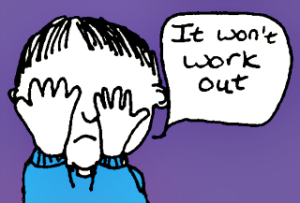 “A person’s steps are from the Lord; how then can people understand their path?” (Proverbs 20:24,CEB).

“We know that God works all things together for good for the ones who love God, for those who are called according to his purpose” (Romans 8:28, CEB).

According to the Apostle Paul in Romans 8:28, our steps are indeed from the Lord and we can know and understand God’s will and where He is leading us. We can live providentially.

But, when things go bad, we act like it won’t work out. We don’t believe these bad things can be part of the “all” things that work together for good.