END_OF_DOCUMENT_TOKEN_TO_BE_REPLACED

“To some who were confident of their own righteousness and looked down on everyone else, Jesus told this parable: Two men went up to the temple to pray, one a Pharisee and the other a tax collector.  The Pharisee stood by himself and prayed: ‘God, I thank you that I am not like other people—robbers, evildoers, adulterers—or even like this tax collector. I fast twice a week and give a tenth of all I get.’ But the tax collector stood at a distance. He would not even look up to heaven, but beat his breast and said, ‘God, have mercy on me, a sinner.’ I tell you that this man, rather than the other, went home justified before God. For all those who exalt themselves will be humbled, and those who humble themselves will be exalted” (Luke 18:9-14, NIV).

While their behavior is similar–praying at the temple–their words and the attitudes expressed by their prayers are quite different. The Pharisee is absolutely certain of his righteousness while the tax collector is obviously doubtful of his.

Like many of Jesus’ parables the meaning is revealed as an unexpected truth, a contradiction of commonly-held beliefs; the interpretation is in the inverse! In God’s Kingdom (in contrast to the way things are in this present world) those who exalt themselves will be humbled and those who humble themselves will be exalted.

END_OF_DOCUMENT_TOKEN_TO_BE_REPLACED 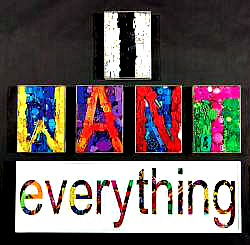 “Their land has also been filled with idols; they worship the work of their hands, that which their fingers have made… The proud look of man will be abased and the loftiness of man will be humbled, and the Lord alone will be exalted in that day” (Isaiah 2:8,11, NASB).

We tend to think that idolatry is an Old Testament phenomenon. Long ago, unenlightened people made little figurines from wood or stone or they built altars in the woods or on mountaintops. To us, that’s idolatry.

END_OF_DOCUMENT_TOKEN_TO_BE_REPLACED

We live in a success-oriented society. So all you high achievers may want to know how you achieve success in the Kingdom of God!

Achieving success in God’s Kingdom actually occurs much differently from achieving success in this world. Kingdom success doesn’t come by promoting yourself or by exerting power and influence over others. It doesn’t even come by working harder and longer than everybody else.

END_OF_DOCUMENT_TOKEN_TO_BE_REPLACED

“Now I, Nebuchadnezzar, praise and extol and honor the King of heaven, for all his works are right and his ways are just; and those who walk in pride he is able to humble. (Daniel 4:37, ESV).

King Nebuchadnezzar, like many successful people, developed a pride problem.

Nebuchadnezzar, King of Babylon, had a dream of a great tree that reached to heaven. An angel was sent to chop down the tree but leave the stump.

END_OF_DOCUMENT_TOKEN_TO_BE_REPLACED 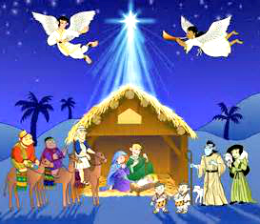 “In this way, King Hezekiah handled the distribution throughout all Judah, doing what was pleasing and good in the sight of the Lord his God. In all that he did in the service of the Temple of God and in his efforts to follow God’s laws and commands, Hezekiah sought his God wholeheartedly. As a result, he was very successful” (2 Chronicles 31:21-22, NLT).

The reign of King Hezekiah of Judah as described in 2 Chronicles 31 and 32 was distinguished by his zeal to resume Temple worship and adherence to God’s law. As a result of Hezekiah’s devotion and obedience to God’s will, he was successful in everything he did (vs. 32:30).

END_OF_DOCUMENT_TOKEN_TO_BE_REPLACED

“Jesus knew that the Father had given him authority over everything and that he had come from God and would return to God. So he got up from the table, took off his robe, wrapped a towel around his waist,and poured water into a basin. Then he began to wash the disciples’ feet, drying them with the towel he had around him.”  (John 13:3-4, NLT).

John says that Jesus came from God and had all authority over everything and then He washed His disciples’ feet!

The God of the universe became a human being and then washed the feet of the human beings He created?

END_OF_DOCUMENT_TOKEN_TO_BE_REPLACED

“Those who are left will be the lowly and humble, for it is they who trust in the name of the Lord.” (Zephaniah 3:12, NLT).

On “the day of the Lord” God’s terrible judgment will be carried out against the rebellious people of Israel and all nations of the earth.

END_OF_DOCUMENT_TOKEN_TO_BE_REPLACED

Jesus told His disciples a story about how some people trust in themselves for their righteousness–that is, they are self-righteous–and in so doing, they look down on everyone else.

In the story Jesus told about a Pharisee and a tax collector who went to the Temple to pray.

END_OF_DOCUMENT_TOKEN_TO_BE_REPLACED

“Now the man Moses was very meek, more than all people who were on the face of the earth” (Numbers 12:3, ESV).

Being the humblest person on earth is not a character trait we usually associate with Moses. Moses was a great leader of the Israelites, so we assume he had to be assertive, a Type A personality.

After all, to be an effective leader you can’t be humble and expect people to follow.