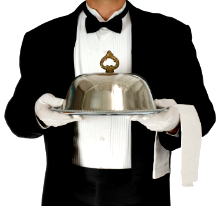 “When you have done all that you were commanded, you should say, ‘We are good-for-nothing slaves; we’ve only done our duty.’” (Luke 17: 10, HCSB)

Slavery in the first century Roman world was much different from slavery in early American history. Roman slaves were either taken as the spoils of war or were slaves because they sold themselves into slavery, called bond-servants.

Slaves could marry, accumulate wealth, purchase their own freedom, run a business, and engage in many other normal activities. As much as two-thirds of the Roman empire in the first century may have been slaves.

In this parable from Luke 17, Jesus used the practice of slavery to make a point about our faith and duty to God. It doesn’t mean that Jesus endorsed slavery; it only means that since it was a common practice that people knew and understood, it was, therefore, useful as metaphorical material for Jesus to articulate the message of the Kingdom of God.

The apostles asked Jesus to help them develop their faith: “Increase our faith,” they requested. Jesus responded that it only takes a small amount of faith to do great things. He said if you have faith the size of a very small seed you can command a deeply rooted tree to be uprooted and replanted in the sea.

Then Jesus told the apostles how a master doesn’t command his slave to come in from working all day for him and sit down and eat. Instead, the master commands his slave to first serve him dinner and then the slave can sit down to his own dinner.

So the point of the story, according to Jesus, is that the master doesn’t thank the slave for doing what is his duty as his slave.

In the same way, the apostles didn’t deserve special consideration because they were apostles. What they were doing was their duty–what God called them to do.

What’s interesting about this story, however, is that the apostles asked about faith, how to increase their faith, and Jesus answered by telling them about duty.

The Christian life is a life of holy slavery. We are slaves of Christ: “As slaves of Christ, do God’s will from your heart” (Ephesians 6:6). Our service to God and for God is our duty because we are His slaves–His good-for-nothing slaves! And we shouldn’t expect special consideration from God for doing our duty to Him.

So, the best way to increase our faith in God is simply to do our duty to God!  And it isn’t so much about performing great acts of faith as it is about practicing everyday obedience!

“Who then is a faithful and sensible slave, whom his master has put in charge of his household, to give them food at the proper time? That slave whose master finds him working when he comes will be rewarded” (Matthew 24:45-46, HCSB).