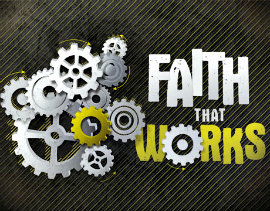 James maintains that faith is a two-step process. Belief is the first step of faith and works is the last step.

According to James, faith is not completed without works because works is belief put into action. Faith starts with belief, but works is the culmination of belief. Belief is faith sitting down. Works is faith walking!

END_OF_DOCUMENT_TOKEN_TO_BE_REPLACED 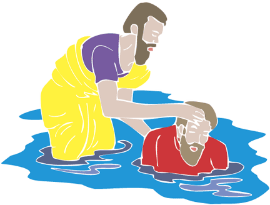 “But when he saw many of the Pharisees and Sadducees coming for baptism, he said to them, ‘You brood of vipers, who warned you to flee from the wrath to come. Therefore bear fruit in keeping with repentance; and do not suppose that you can say to yourselves, ‘We have Abraham for out father’; for I say to you that from these stones God is able to raise up children to Abraham. The axe is already laid at the root of the trees; therefore every tree that does not bear good fruit is cut down and thrown into the fire” (Matthew 3:7-10, NASB).

This declaration was made by John the Baptist when the religious leaders came to be baptized by him. John warned them that they weren’t repenting and looking for a Savior as he was preaching. They didn’t think they needed saving and so they were just being baptized because it was the religious thing to do!

END_OF_DOCUMENT_TOKEN_TO_BE_REPLACED

“And the King will say, I tell you the truth, when you did it to one of the least of these my brothers and sisters, you were doing it to me” (Matthew 25:40, NLT).

In Matthew 25 Jesus told His disciples several object lessons when asked by them when the end of the world would come.

In one object lesson recorded in Matthew 25:31-46, Jesus referred to the time when He, the Coming King, will return to Earth to judge all nations.

Jesus told His disciples that on that judgement day, the King will separate all people into two groups in much the same way a shepherd separates sheep from goats.

And, the message we should take from this somewhat ominous story is that serving God is not just a state of mind–it’s something you do!

Here’s what I mean…

The amazing thing about the righteous ones was that they didn’t know they were performing these good deeds or that they would receive a heavenly reward—they just did it because they were the loyal subjects of the King and wanted to please Him.

And the identifying characteristic of the unrighteous ones was that they just didn’t! They were repugnant to the King because they didn’t do anything to help those in need.

They were so self-referenced that they weren’t aware or didn’t care! And so they had no desire to serve or please the King.

So, this story mitigates some of the tension between faith and works because it illustrates that faith that does not result in works is not saving faith (James 2:14-26).

But those who focus on the reality of God’s invisible Kingdom by faith begin to live out their future life in the present by works without even knowing they are doing it—they just do it!