Do not withhold good from those to whom it is due, when it is in your power to do it (Proverbs 3:27, ESV).

YOU HAVE THE POWER TO DO GOOD!

If there is one superhero power better than all others, it’s certainly the power to do good! After all, isn’t “Good” what all superheroes are trying to accomplish with whatever superpower they have?

So, you have the greatest superpower of all superpowers–TO DO GOOD!

END_OF_DOCUMENT_TOKEN_TO_BE_REPLACED 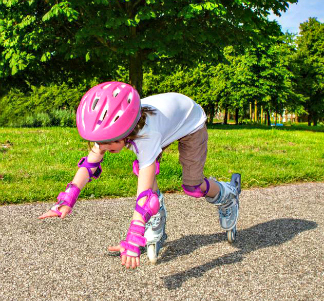 “The righteousness that I have comes from knowing Christ, the power of his resurrection, and the participation in his sufferings. It includes being conformed to his death so that I may perhaps reach the goal of the resurrection of the dead” (Philippians 3:10-11, CEB).

I often take my kids to the skating rink to roller skate. Since they are still learning to skate, I tell them to keep their heads in front of their skates. Then, if they fall, they will fall forward and can catch themselves on their hands and knees and can get back up and continue skating. If they  fall backward on their head or back, they risk hurting themselves and not wanting to skate anymore.

I’ve spent much of my career trying to understand how people learn. And one thing I’ve learned about learning is that some of the best learning occurs from failing. For example, it’s easier to learn how to skate when you know how to fall.

END_OF_DOCUMENT_TOKEN_TO_BE_REPLACED

When Cyrus the Great, king of Persia, took over a vast territory from the Babylonians, he allowed the Jewish exiles from the Babylonian captivity to begin returning to their ancestral land of Judah and to rebuild the Temple in Jerusalem.

When the emigres encountered resistance from the occupants of the land to rebuild the Temple, Ezra, the scribe and priest, taught them God’s Law. At first they felt convicted because they had not obeyed the Law. But knowing God’s law helped them know God’s will and gave them the capacity to receive His strengthening to accomplish it. And, consequently it turned their sadness to joy because it gave them hope for a better tomorrow.

We live in a world that is bombarded by negative forces. This world loves a catastrophe; it obsesses over tragedy; it revels in the personal and moral failures of its occupants.

END_OF_DOCUMENT_TOKEN_TO_BE_REPLACED

“I don’t say this out of need, for I have learned to be content in whatever circumstances I am. I know how to have a little, and I know how to have a lot. In any and all circumstances I have learned the secret of being content–whether well fed or hungry, whether in abundance, or in need. I am able to do all things through Him who strengthens me.” (Philippians 4:11-14, HCSB).

In response to their faithful financial support of his ministry, the Apostle Paul expressed his appreciation to the Philippians by making the well-known and oft-quoted declaration that he can do all things through Christ who strengthens him.

END_OF_DOCUMENT_TOKEN_TO_BE_REPLACED

“But those who trust in the Lord will find new strength. They will soar high on wings like eagles. They will run and not grow weary. They will walk and not faint” (Isaiah 40:31, NLT).

Isaiah reminds us that God is the Creator and His Being is everlasting and immeasurable. So, God Himself never grows weak or weary; rather He gives His power and strength to those who are weak and powerless.

END_OF_DOCUMENT_TOKEN_TO_BE_REPLACED 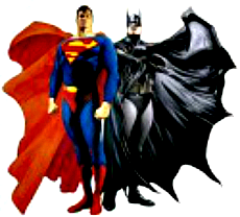 “As Samson and his parents were going down to Timnah, a young lion suddenly attacked Samson near the vineyards of Timnah. At that moment the Spirit of the Lord came powerfully upon him, and he ripped the lion’s jaws apart with his bare hands. He did it as easily as if it were a young goat” (Judges 14:6, NLT).

Samson was an enigmatic leader who was an inspirational but flawed hero.