In Genesis 4, Cain killed his brother, Abel, out of jealousy. When God asked Cain where his brother was, Cain answered with that ageless question, “Am I my brother’s keeper?: (Genesis 4:9).

In 1 Corinthians 8 the Apostle Paul addressed a moral dilemma confronting the Corinthian Christians, that of eating meat that was offered as a sacrifice to an idol in a pagan temple. While this issue is not one to which we relate today, the resolution to the dilemma that Paul presents here has relevance for any moral dilemma of any age and culture.

Because these pagan temples offered parts of animals in sacrifice to idols, they also often functioned as butcher shops and banquet halls. Public and private dinner parties were held in temple dining rooms and meat from the temple was sold to the public in the marketplace.

END_OF_DOCUMENT_TOKEN_TO_BE_REPLACED

“I will keep on obeying your instructions forever and ever. I will walk in freedom, for I have devoted myself to your commandments” (Psalm 119:44-45, NLT).

Don’t laws control you? Then, how do laws set you free?

Psalm 119 is a Hebrew acrostic poem. There are twenty-two stanzas, one for each successive letter of the Hebrew alphabet. Each of the eight verses within each stanza begins with the Hebrew letter named in its heading. The unifying theme of the Psalm is love for and obedience to God’s Law or Word.

END_OF_DOCUMENT_TOKEN_TO_BE_REPLACED 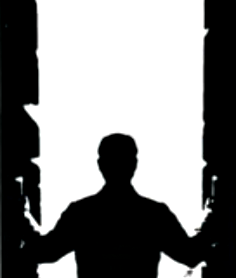 The phrase from these verses, “the truth will set you free,” is frequently quoted out of context. It should be understood in connection with the previous phrase, “if you abide in my word.”  To be set free, you must abide in Christ’s word!