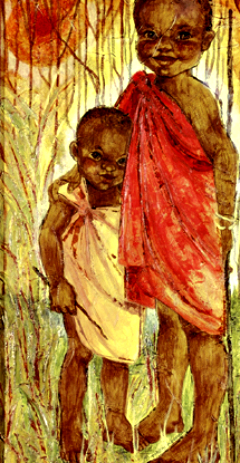 In Genesis 4, Cain killed his brother, Abel, out of jealousy. When God asked Cain where his brother was, Cain answered with that ageless question, “Am I my brother’s keeper?: (Genesis 4:9).

In 1 Corinthians 8 the Apostle Paul addressed a moral dilemma confronting the Corinthian Christians, that of eating meat that was offered as a sacrifice to an idol in a pagan temple. While this issue is not one to which we relate today, the resolution to the dilemma that Paul presents here has relevance for any moral dilemma of any age and culture.

Because these pagan temples offered parts of animals in sacrifice to idols, they also often functioned as butcher shops and banquet halls. Public and private dinner parties were held in temple dining rooms and meat from the temple was sold to the public in the marketplace.

Since the gods represented by the idols and temples weren’t real, the meat had no particular power to influence behavior for good or bad. So it made absolutely no difference if the Corinthian Christians ate meat that was offered to idols: “We are neither the worse if we do not eat, nor the better if we do eat” (vs. 8).

The only difference eating meat sacrificed to idols made was when it set a bad example to a fellow Christian with weaker faith: “But take care that this liberty of yours does not somehow become a stumbling block to the weak” (vs. 9).

While eating meat purchased in the marketplace that may have come from a pagan temple was technically not wrong, if it caused a brother or sister in Christ to stumble, then it was the same as sinning against Christ (vs. 12).

So, yes, you are your brother’s keeper!