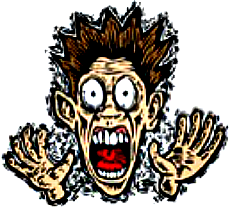 “When they saw Him walking on the sea, they thought it was a ghost and cried out; for they all saw Him and were terrified. Immediately He spoke with them and said, ‘Have courage! It is I. Don’t be afraid.’ Then He got into the boat with them, and the wind ceased. They were completely astounded, because they had not understood about the loaves. Instead, their hearts were hardened.” (Mark 6:49-52, HCSB).

Have you ever read a familiar passage in the Bible and found something new in it? That’s what happened to me as I read again this familiar story of Jesus walking on the water.

Admittedly, Mark’s version of this story does not include an important element described in Matthew’s account (Matthew 14:22-33). In Matthew’s version, Peter gets out of the boat and begins to walk on the water toward Jesus until he notices the wind and the waves, and consequently, begins to sink. So Peter’s faith (or lack of it) is usually the focus of this story for us.