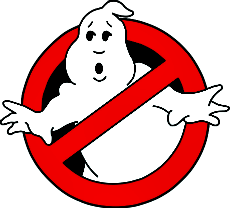 “And just as they were telling about it, Jesus himself was suddenly standing there among them. Peace be with you, he said. But the whole group was startled and frightened, thinking they were seeing a ghost!” (Luke 24:36-3,

After Jesus appeared to two of His followers on the road to Emmaus, He made another appearance to the eleven apostles and others gathered with them in Jerusalem at the very time these two were telling them about His appearance on the Emmaus road.

The whole group was startled as if they were seeing a ghost–not that any of them had ever seen a ghost before.

So Jesus tried to reassure them by telling them to touch Him and see the scars on His hands and feet so they would know it was Him in a physical, resurrected body: “Look at my hands. Look at my feet. You can see that it’s really me. Touch me and make sure that I am not a ghost, because ghosts don’t have bodies, as you see that I do” (vs. 39).

When they still seemed unconvinced, Jesus asked them to give Him some food and He ate it while they were watching (vs. 41-43).

In addition to these appearances, the Apostle Paul tells us that Jesus was seen by more than 500 of His followers in one appearance (I Corinthians 15:6).

In spite of this clear demonstration of His physical resurrection body, our understanding of death, resurrection, and eternal life gets filled with misconceptions. Sometimes we think of the final state of God’s people as becoming like ghosts–disembodied spirits wandering around in an ethereal existence.

But, Jesus depicted resurrection as corporeal or bodily existence. In other words, resurrection means our temporal, physical bodies will be transformed into what the Apostle Paul calls imperishable or immortal bodies (1 Corinthians 15:50-52).

Bodily resurrection is a fundamental premise of the redemptive plan of God for human beings and for the created order.

Instead of screaming “boo” at people, people who die and are resurrected to eternal life are going to be shouting, “Salvation comes from our God who sits on the throne!” (Revelation 5:10).