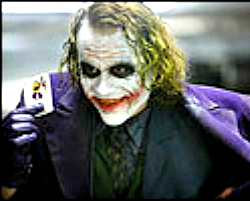 “I have done this so that we may not be taken advantage of by Satan. For we are not ignorant of his schemes” (2 Corinthians 2:11, HCSB).

Prior to this verse the Apostle Paul had just admonished the Corinthians to forgive the person among them who had sinned and caused them pain (vs. 5).

Paul may have been referring to the man who was in a relationship with his father’s wife in 1 Corinthians 5:1-5 or an incident involving the false apostles in 2 Corinthians 11:1-5.

In either case Paul explains that the discipline administered to the offender by the Corinthian church was punishment for his sin, but was also meant for restoration. They should “forgive and comfort” (vs. 7) and “reaffirm your love” (vs. 8) to the offender.

Paul says that anyone that the Corinthians forgive as a church, he also forgives (vs. 10). And Paul stands in unity with them so that Satan may not gain an advantage over them.

Paul saw Satan at work behind the sin and discord in the Corinthian church.

According to Paul, it was a satanic scheme, a pernicious plot, a diabolical design, an evil intention!

But the Corinthian believers should not be ignorant of Satan’s evil intentions–that is, his intentions to destroy them! “A thief comes only to steal and to kill and to destroy” (John 10:10).

Satan’s strategy is to leverage the sin and unforgiveness that lurks in an individual’s heart and the strife that so easily grows when believers bear ill-will toward one another. Satan will divide and conquer a church and destroy the faith of as many believers as possible caught in the wake of a storm of discord and strife.

Paul’s strategy to counter Satan’s schemes was to forgive and affirm love for one another. And he included himself in this strategy.

So, the best way to defeat the devil is not to give him vantage points in your life. Harboring grudges or ill-will towards other believers and other people–unforgiveness–affords Satan an advantage with which to destroy your faith and divide your church.

“Just as I have loved you, you must also love one another. By this all people will know that you are My disciples, if you have love for one another” (John 13:34-35, HCSB).