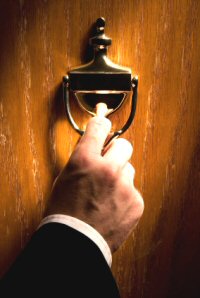 “But Jesus said, You feed them. With what? they asked. We’d have to work for months to earn enough money to buy food for all these people!” (Mark 6:37, NLT).

Before Jesus performed the miracle of feeding the five thousand (or ten or fifteen thousand, actually), He first commanded the disciples to feed them!

Now His command could be interpreted in two ways. Either Jesus was commanding the disciples to let Him empower them to perform the miracle or He was trying to teach them a lesson about God’s miraculous provisioning.

We usually interpret His command to the disciples in terms of the latter, but let’s take the perspective that He was actually commanding them to feed the five or ten or fifteen thousand.

This being the case, they clearly failed to obey His command.

So, why did they fail to perform the miracle? Because they viewed the situation as a personal problem not a divine opportunity.

Their immediate response to Jesus’s command was to explain the way they would do it. Why, they would have to “work for months to earn enough money to buy food for all these people,” which, obviously, was not a viable solution to the immediate situation. Obviously!

Don’t we often take the same approach to our  own lives? As though life is full of troubles to hinder us rather than challenges for us to confront, as full of demonic deterrents  rather than occasions for divine interventions?

What if the disciples had responded, “Absolutely Lord, with your help we can do anything for your glory!” and allowed Jesus to empower them to feed the five thousand?

Think about it. Is your life full of personal difficulties or heavenly possibilities?

“For I can do everything through Christ, who gives me strength” (Philippians 4:13, NLT).