Then I saw a new heaven and a new earth for the first heaven and the first earth had passed away and there was no longer any sea. I saw the Holy City, the new Jerusalem coming down out of heaven from God, prepared as a bride beautifully dressed for her husband.” (Revelation 21:1-2, NIV).

The beginning of Chapter 21 reveals the conclusion of the book of Revelation. God has accomplished His purpose in saving his people and this is the fitting consummation to the story of redemption: God has brought His people home and He will dwell with them. “Look! God’s dwelling place is now among the people, and he will dwell with them. They will be his people, and God himself will be with them and be their God” (Revelation 21:3, NIV).

We have now arrived at the cosmic event that divides time and eternity–the point in time where heaven and earth conjoin to bind the future to the present.

END_OF_DOCUMENT_TOKEN_TO_BE_REPLACED 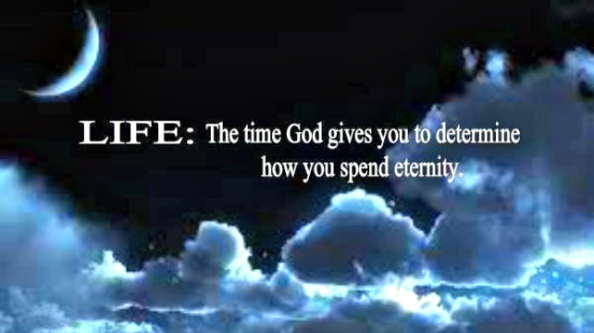 “The Lord is my chosen portion and my cup; you hold my lot. The lines have fallen for me in pleasant places; indeed, I have a beautiful inheritance”
(Psalm 16:5-6, ESV).

“Arise, O Lord! Confront him, subdue him! Deliver my soul from the wicked by your sword, from men by your hand, O Lord, from men of the world whose portion is in this life. You fill their womb with treasure; they are satisfied with children, and they leave their abundance to their infants. As for me, I shall behold your face in righteousness; when I awake, I shall be satisfied with your likeness” (Psalms 17:13-15, ESV).

There’s a very important theological distinction in these two Psalms that can be used as the measure for the lives of human beings on this earth.  The Psalmist distinguishes a life in which “the Lord is my chosen portion” and has a heavenly inheritance from the lives of “men of the world whose portion is in this life” and  have no lasting inheritance.

For the men of the world their only reward is in this life (their wealth and their children of their lack thereof). Because, they leave all their wealth and their children behind when they die. But, the Psalmist confidently expresses in vs. 17:15 anticipation of eternal fellowship in God’s presence (when I awake is generally taken as implying from the sleep of death).

What’s implied theologically from these contrasting inheritances is that our life in this world is preparation for our life to come in God’s eternal kingdom.

God created us as creatures of eternity—eternal in union with Him or eternal in separation from Him. The inevitability that all human beings will enter eternity bound for life or condemnation should be factored into every person’s life.

END_OF_DOCUMENT_TOKEN_TO_BE_REPLACED 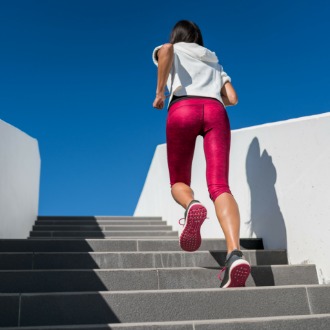 “But one thing I do: forgetting what lies behind and straining forward to what lies ahead, I press on toward the goal for the prize of the upward call of God in Christ Jesus” (Philippians 3:13-14, ESV).

In the book of Philippians the Apostle Paul highlighted the need for advancement or progress in one’s Christian life by inciting the Philippians to “work out their own salvation” (vs. 2:12) and then by rallying them to follow his example and “press on toward the goal” (vs 3:14).

It’s as if living their Christian lives was like participating in a footrace. And, the finish line for this race was not ahead but up!

END_OF_DOCUMENT_TOKEN_TO_BE_REPLACED

“By faith Moses refused to be called the son of Pharaoh’s daughter when he was grown up. He chose to be mistreated with God’s people instead of having the temporary pleasures of sin. He thought that the abuses he suffered for Christ were more valuable than the treasures of Egypt, since he was looking forward to the reward” (Hebrews 11:24-26, CEB).

A few years ago I wrote a book entitled, The Kingdom Order: Living for the Future in the Present.  It took me 12 chapters and about 250 pages in the book to make the same point about the Christian life that the Hebrews writer makes in these 3 verses describing the godly legacy of Moses.

Like Moses, Christians live life by looking forward to their reward–living forward!

Human beings were created for eternal life! God created people for eternity and eternity is ever present in the life we now live.

So, when you follow Jesus, you start to live life life forward…

END_OF_DOCUMENT_TOKEN_TO_BE_REPLACED 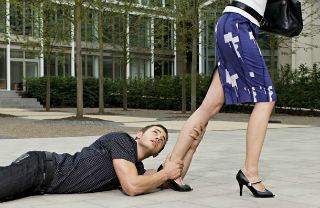 “I heard a loud voice from the throne say, ‘Look! God’s dwelling is here with humankind. He will dwell with them, and they will be his peoples. God himself will be with them as their God. He will wipe away every tear from their eyes. Death will be no more. There will be no mourning, crying, or pain anymore, for the former things have passed away’” (Revelation 21:3-4, CEB).

Because God is love, He is seeking humans to receive His love. But, God’s love is eternal so His love affair with the human race is of cosmic proportions.

You see, God is preparing a place for Him to live together with us, forever!

While God dwells with us (in us) by His Spirit in this world, in the world to come this cosmic love affair will no longer be constrained by distance. God plans to dwell among us!

END_OF_DOCUMENT_TOKEN_TO_BE_REPLACED 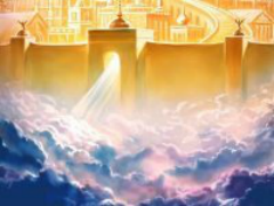 “How great is the Lord, how deserving of praise, in the city of our God, which sits on his holy mountain! It is high and magnificent; the whole earth rejoices to see it! Mount Zion, the holy mountain, is the city of the great King!” (Psalm 48:1-2, NLT).

END_OF_DOCUMENT_TOKEN_TO_BE_REPLACED 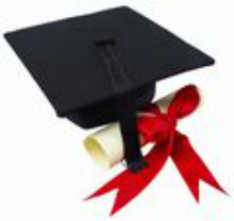 “Anyone with ears to hear must listen to the Spirit and understand what he is saying to the churches. To everyone who is victorious I will give some of the manna that has been hidden away in heaven. And I will give to each one a white stone, and on the stone will be engraved a new name that no one understands except the one who receives it” (Revelation 2:17, NLT).

END_OF_DOCUMENT_TOKEN_TO_BE_REPLACED 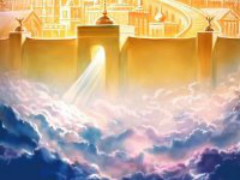 A kingdom is a form of government. In the kingdom metaphor God is portrayed as a merciful monarch who loves the subjects of His Kingdom and solicits them to come under His loving care and righteous government. In God’s Kingdom He is both a Sovereign King and a Benevolent King.

END_OF_DOCUMENT_TOKEN_TO_BE_REPLACED

After spending twenty years in Aramea, God commanded Jacob to return to his homeland. As Jacob entered the country God promised to Abraham and his father, Isaac, he was met by the angels of God.

Jacob called the place where he met the angels, Mahanaim, which means in Hebrew, two camps.

Jacob may have designated the place as Two Camps because he was acknowledging the convergence of two realities at that place—the unseen world of God as represented by the angels and his own physical and material world consisting of his family, servants, and livestock.

Jacob consecrated and memorialized the place as Two Camps because he recognized God’s providence in his return to the Promised Land.

And the appearance of the angels authenticated that Two Camps was the place where the Divine Will crossed the path of human history.

Two Camps was a point in time where God’s plans for the future intersected with the everyday affairs of Jacob’s life.

Once Jacob encountered God, it was like he now lived in in parallel universes.

A new perspective had been superimposed on the old!

Like Jacob, when you encounter the unseen world of God’s reality, which is personified by Jesus, your perspective becomes drastically transformed.

Suddenly, your expectations for the future begin to impact how you live in the present!

When you encounter Jesus, you begin to live at at the crossroads of time and eternity:
…the place where the Divine Will crosses the path of human history!
…the point in time where eternal life begins!

When you encounter Jesus, eternal life becomes activated in your life. You begin to live in this present reality because of the way things will be in the future.

“You have come to Mount Zion, to the city of the living God (the heavenly Jerusalem), to myriads of angels in festive gathering, to the assembly of the firstborn whose names have been written in heaven, to God who is the Judge of all, to the spirits of the righteous made perfect, to Jesus (mediator of a new covenant)” (Hebrews 12:22-24, HCSB).

“No longer will there be anything accursed, but the throne of God and of the Lamb will be in it, and his servants will worship him. They will see his face, and his name will be on their foreheads.” The newly created order–the new heaven and earth–will not be under a curse as was the old creation. Thus, there will be no guilt, strife, struggle for survival, sickness, sorrow, and death. In New Jerusalem where God will abide, His throne will make the entire city a temple in which His people will worship Him as His priests. Remember how Moses could not see the Lord’s face and live (Exodus 33:20–23; 34:29–35). But in the new heaven and earth you will see God face to face because He has made you a member of His immediate family and you will bear His name. Therefore, let the Holy Spirit begin to sanctify and prepare you in this present life for the life to come in which you will see God face to face.