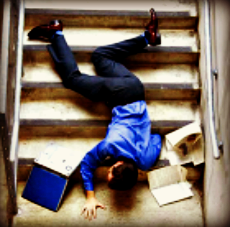 “The Lord said to Gideon, “You have too many people for Me to hand the Midianites over to you, or else Israel might brag: ‘I did it myself.’” (Judges 7:2, HCSB).

Having proven to Gideon that He was present with him, God next demonstrated that His presence was all Gideon really needed to defeat the Midianites.

But, if an Israelite army of 32,000 won against the innumerable hordes of the Midianites, Israel might take credit for the victory. To show that the victory was entirely His doing, God had Gideon reduce the size of his army dramatically to only 300 men!

Don’t think too badly of the Israelites because the Midianites had an army of about 135,000! Furthermore, allowing the fearful to leave before the battle started was part of the Israelite code of conduct for waging war (see Deuteronomy 20:8).

But, it’s no wonder they were fearful. The possibility of defeating the Midiantes in battle probably seemed highly unlikely to most Israelites.

So with 10,000 men left, God directed Gideon to further reduce the size of his army using an unusual selection process. Gideon took the soldiers down to the spring of Harod, the spring of “trembling,” which aptly described the state of Gideon’s army after 22,000 deserted. As each soldier came forward to get a drink, Gideon retained those who lapped water from their hands while standing–300 men–but sent home those who knelt down on their hands and knees to drink directly from the water in the spring.

But that’s another lesson for another time…

The lesson that Gideon and the Israelites needed to understand was that God could save them and defeat their enemies just as easily with a small band of men as with a large army.

God would use their weakness as a conduit for His strength. That’s how God works! He makes the weak strong, the sick healthy, the unlearned wise, the unfortunate blessed, the oppressed liberated, the dead alive!

God picks you up when you have fallen!

That’s simply how God deals with human beings. God is on a search and rescue mission.

That seems to be a lot of people’s problem! They either think they’re okay just like they are or else they’ve accepted their fallenness as a way of life.

That’s what the Israelites did!

As a matter of fact, Gideon was threshing wheat in a wine vat in order to hide it from the Midianites when God called him!

Don’t accept fallenness as your way of life. Don’t stay down for the count!

Instead, let God give you a boost…

Let God reach down and help you up…

And then go again, this time with God’s help!