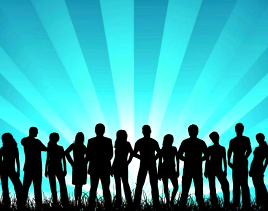 “That you may understand how the Lord makes a distinction between Egypt and Israel” (Exodus 11:7, NASB).

This statement is the conclusion of Moses’ declaration to Pharaoh before God sent the final plague, the deaths of all the firstborns, against Egypt.

A previous meditation about the plagues God sent against Egypt to convince Pharaoh to emancipate the Israelites established that what matters to God is where your allegiance falls. The Israelites couldn’t serve serve God and Pharaoh.

When your allegiance is with God and you belong to Him, He makes a distinction between His people and those who are not. His people receive His protection. God rescues His people! God redeems His people!

Exodus 12 describes the Passover process by which God rescued His distinctive people from the firstborn death plague: “The Lord will pass over the door and will not allow the destroyer to come in to your houses to smite you” (vs. 12;23). Because Israel was God’s chosen people, God made a distinction between Israel and Egypt and, consequently, rescued His people from the plague.

So, the designation of Israel as God’s distinctive people was grounded in God’s redemptive act of the exodus of Israel from Egypt. God rescued Israel from the grip of Pharaoh! God redeemed His people!

The Apostle Peter reiterates that even today the distinction of being God’s people is the result of receiving God’s mercy. “But you are a chosen race, a royal priesthood, a holy nation, a people for God’s own possession, so that you may proclaim the excellencies of Him who has called you out of darkness into His marvelous light; for you once were not a people, but now you are the people of God; you had not received mercy, but now you have received mercy” (1 Peter 2:9-10, NASB).

Now, God is still in the rescue business today. He still delivers His people from the grip of this world. And, when God redeems you, you become a distinctive person because He sends His Spirit to dwell in you.

The Spirit helps you maintain your distinctiveness by consecrating you to God and His way and strengthening you to remain separate from the world and its ways. And then the Spirit empowers you to proclaim God’s redemption to others!

But know that the Lord has set apart the godly man for Himself.. (Psalms 4:3, NASB)